Summary. It is not too uncommon for teams to have ebbs-and-flows on the roller-coaster of Forming-Storming-Norming-Peforming. But when teams are using agile frameworks, specifically Scrum, things can feel very chaotic. Let’s explore ten possible reasons for this. 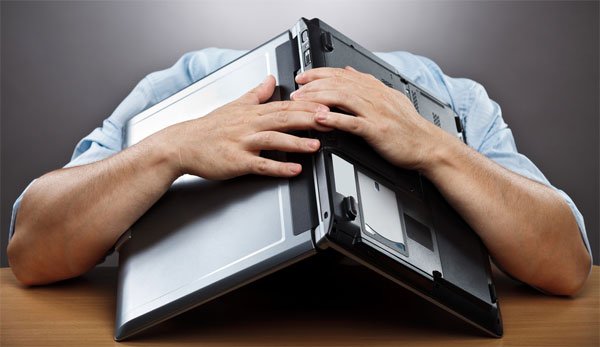 “Everything is so chaotic”
“Seems like we are constantly in a state of chaos.”
“Is agile always crazy and chaotic?”

And in my world, there’s no better way to assess than to make a top 10 list:

This one is obvious — as people come together to work with one another there’s a feeling out period. Usually during this period, teams are learning how to collaborate and work through conflicts. In addition to the people learning to work with one another, there are plenty of established organizational structure and culture barriers that slow the progress of a team forming.

Another obvious one. Although most agile process frameworks (e.g. Scrum or Extreme Programming) are fairly easy and well documented, it takes time and practice to learn the mechanics. Couple this with #1, and well — there can be some real challenges to getting things done.

If you ever have watched the Deadliest Catch on Discovery Channel, you get to see the struggles and pains of the first time deckhands – called Greenhorns. They are often way over their heads, running into challenges around every corner, and are just flat out exhausted. In addition to physically and mentally killing themselves, they are trying to prove themselves. Well, this is true with just about every new team member. Not only are they dealing with items 1-3 above, the intensity of the learning is magnified and until they have some wins and time under their belt, chaos exists.

5. When Quality is NOT Built-In.

It is my opinion that in software development, over the years we’ve invented this approach to quality that is “risky and invites failure.” [1] Yes, I stole that — in most software development shops, quality is something that is done by different people to ensure “separation of duties” and because of the mentality that developers make bad testers. Couple that with the attitude that QA Engineers can’t or don’t necessarily need to know how to code, we have what we do today — a ton of end-of-stream testing, out-of-band automation efforts, and honestly, even the staunches of agile shops struggling with testing and ensuring quality. Without quality weaved into the Design>Build>Test cycle, we tend to see a lot more of these noisy things called Defects. Defects take a ton more time and energy than building it right in the first place.

Without automation your going to find it almost impossible or at least extremely constraining to effectively and efficiently deliver with quality in a predictable manner. Similar to the “build quality in” challenges, teams often struggle because of their estimation processes calls quality out separately (which makes it a target for evil doers) and often it doesn’t account for the work around automation. Many organizations adopting agile software development don’t have an automation strategy for their legacy code. Therefore, they tend to have bouts of analysis paralysis around the problem space or they simply say, “our product or software is too hard to automate the testing” — so they won’t try. The other challenge around automation is some see it solely as an end-of-line UI automation thing where a couple engineers work on it — test automation is a holistic challenge and needs to be treated as such.

When teams are starting out, they don’t realize that the first thing to establish is their cadence — get their schedule in place and time box everything. The cadence surrounds the process touch points that require formal communication which help us to build habits; thus, making the process aspects of agile software development more muscle memory. If you feel like you are always in meetings or your iteration meetings are not occurring at the same Bat-Time and same Bat-Place, it might be time to reset — your cadence is lost.

This one is an enigma, because there are teams I run into that say, “our product is to large and complex to release in short cycles” and then there are those that say, “we just release when we have to, it could be twice today or two weeks from now.” Looking at these two statements, they appear to be opposite in cause — however, it all comes down to #7 above and understanding what is the ideal batch size that reduces thrashing, allows for tighter alignment amongst teams, reduces “Integration Hell”, and prevents the amoeba style releases that never seem to end.

Projects are the problem — or at least the traditional sense and meaning of a project drives the idea of fixed scope and fixed schedule. Let’s look at the PMI definition of what is a project?

At the end of the day, we drive our business off the idea of push for a date — we get emails from colleagues asking “when?”, we get emails from tools telling us “now!”, and we have other teams telling us “yesterday!” Ultimately, projects drive expectations which are generally dates, we can’t seem to get away from them until everyone realizes, we should design and define scope to fit the schedule, not the schedule to fix the scope — because the schedule usually flexes in these situations not the scope.

10. Estimation (and for that matter, Capacity) is Not Understood.

We often see teams measuring productivity units of time versus being measured as units of value. This is the case even in mature agile shops. Everyone is so focused on trying to come up with a voodoo formula to determine capacity of a team or organization and another voodoo formula to normalize story points across teams in order to build a long-term plan based on the cooked up numbers. The funny thing is that in many cases the approach used for estimation doesn’t really changed once an organization starts using agile — everyone continues to predictively plan what we really don’t know. Agile Software Development is an adaptive approach to estimation and capacity. We work with what we know, we measure value, we assess complexity, and we often simply size efforts based on relative uncertainty. If people would just keep it simple, try to get all stories to the same level or near the same level of certainty, and do the same with the to-do’s (a.k.a. tasks and tests) — then in a couple iterations, teams should be able to just count the stories and count the to-dos accomplished within a time box and use that for planning. Oh, if only it could be that simple … it is.

Okay, this was just my brainstorming or brain dump (literally) of ten things that cause chaos in software development, in particular in the situations where an agile adoption or reshaping is underway. Just keep in mind, change is constant in business — now, more so than ever. Software development is complex, so are people. The great thing about tomorrow is, we don’t know what is going to happen. So, just practice and keep in mind, if today is bad — then there’s tomorrow.